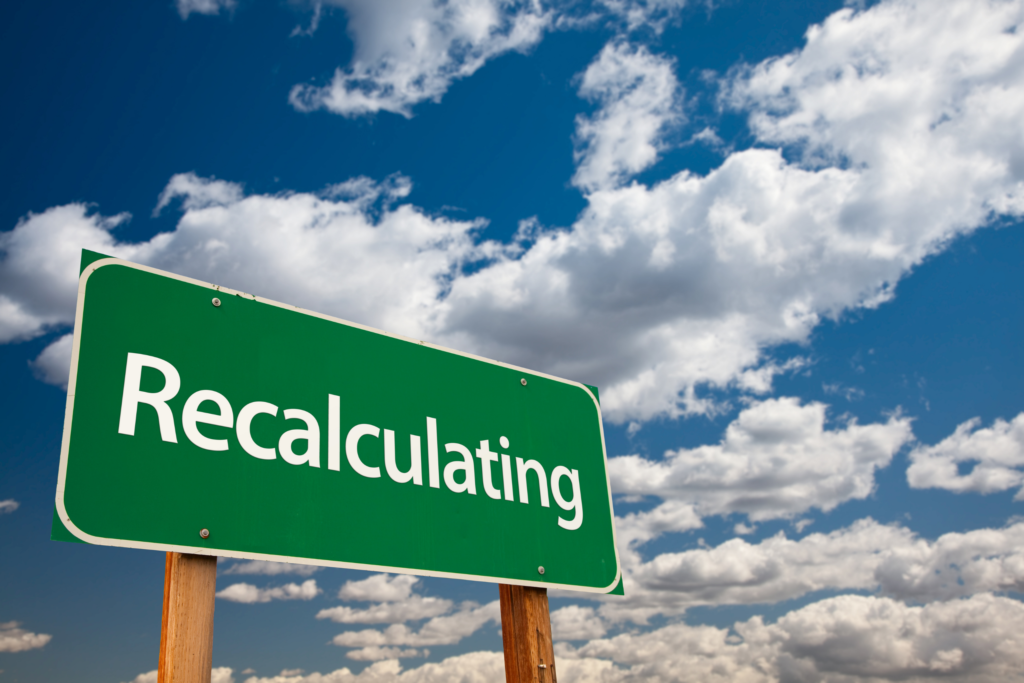 “Recalculating your route.”  I hate it when I hear this from my phone when I’m driving some place new.  I also know that I can be easily distracted which leads to lots of recalculating.  When I think about the correlation between distractions and recalculating, I can see that I have the power to focus and decrease the recalculating results.

At the same time, I think there’s really good value and very helpful course corrections if we take some pauses from time to time and inventory what we are doing.  I’m bringing this to your attention because we’re a little over halfway through this year and maybe you made some resolutions in the New Year that need some attention and possible recalculating.  Perhaps you tried to start some new habits or stop some old ones and it might be helpful to look at these goals and consider your progress, along with obstacles, distractions or momentum drains.

When I think about the whole concept of recalculating, it reminds me of Peter warming himself by the fire in the courtyard of the High Priest, after Jesus had been arrested.  Jesus had told Peter, during the Last Supper, that he would deny Jesus three times before the rooster crowed.  Peter vehemently argued with Jesus that he would never deny Him.  He was convinced that his devotion to Jesus was fervent enough to outlast or overcome any hindrance.  Peter had his sights set on being loyal to Jesus with no need for “recalculating.”

But alas, when Peter was tested with adversity, uncertainty, fear, questions, anxiety and accusations, his resolve crumbled.  He started off with good intentions, but in the heat of the moment, he withered, denied Jesus and came to see his frailty in stark contrast to his hubris and arrogance.  Such a contrast was very sobering and I believe Peter took some pause to consider the dissonance between his intentions and his actions, as we read in Luke 22:60-62.

“But Peter said, “Man, I do not know what you are talking about.” Immediately, while he was still speaking, a rooster crowed. The Lord turned and looked at Peter. And Peter remembered the word of the Lord, how He had told him, ‘Before a rooster crows today, you will deny Me three times.’  And he went out and wept bitterly.”

I would suggest that these sobering moments when our intentions and actions aren’t working together, these are the times when we would be wise to pause for some recalculating.

When I read the verses in Luke, I see that Peter had great intentions, but he failed to execute successfully on these intentions. I also see myself also failing to execute on my intentions, similar to Peter and it’s likely that you might also have this struggle from time to time.

Thankfully, God has taken into account our human frailty and the chasm between what we intend and what we actually do.  In general, I think we set out to do great things and be great humans.  Somewhere in this adventure, we can often lose the plot and find ourselves leaving the courtyard like Peter and becoming discouraged with our deficiencies, weaknesses and humanity.

Thankfully, Jesus sees us for who we really are and He comes to visit and redeem us even in the midst of the despondency of our failures.  Jesus’ actions in John 21 validate this perspective.  In this chapter we read that Jesus makes breakfast for His disciples after Peter’s denial, His crucifixion and after the disciples had fished all night and caught nothing.  We also get to read the really cool conversation between Jesus and Peter related to genuine love.  In many ways, I see Jesus’ actions and conversation with Peter as a recalculating experience.

It’s helpful to remember that Jesus takes our frailty and failures into consideration on this intimacy adventure and He shows up in the aftermath of our poor decisions.  Even though Peter had vehemently denied Jesus three times, he is still welcomed to breakfast and a rich conversation about genuine love with Jesus.

I think we would be wise to appreciate that recalculating can be a really constructive investment in our relationship with Jesus and experiences with genuine love!

A Feast with Jesus 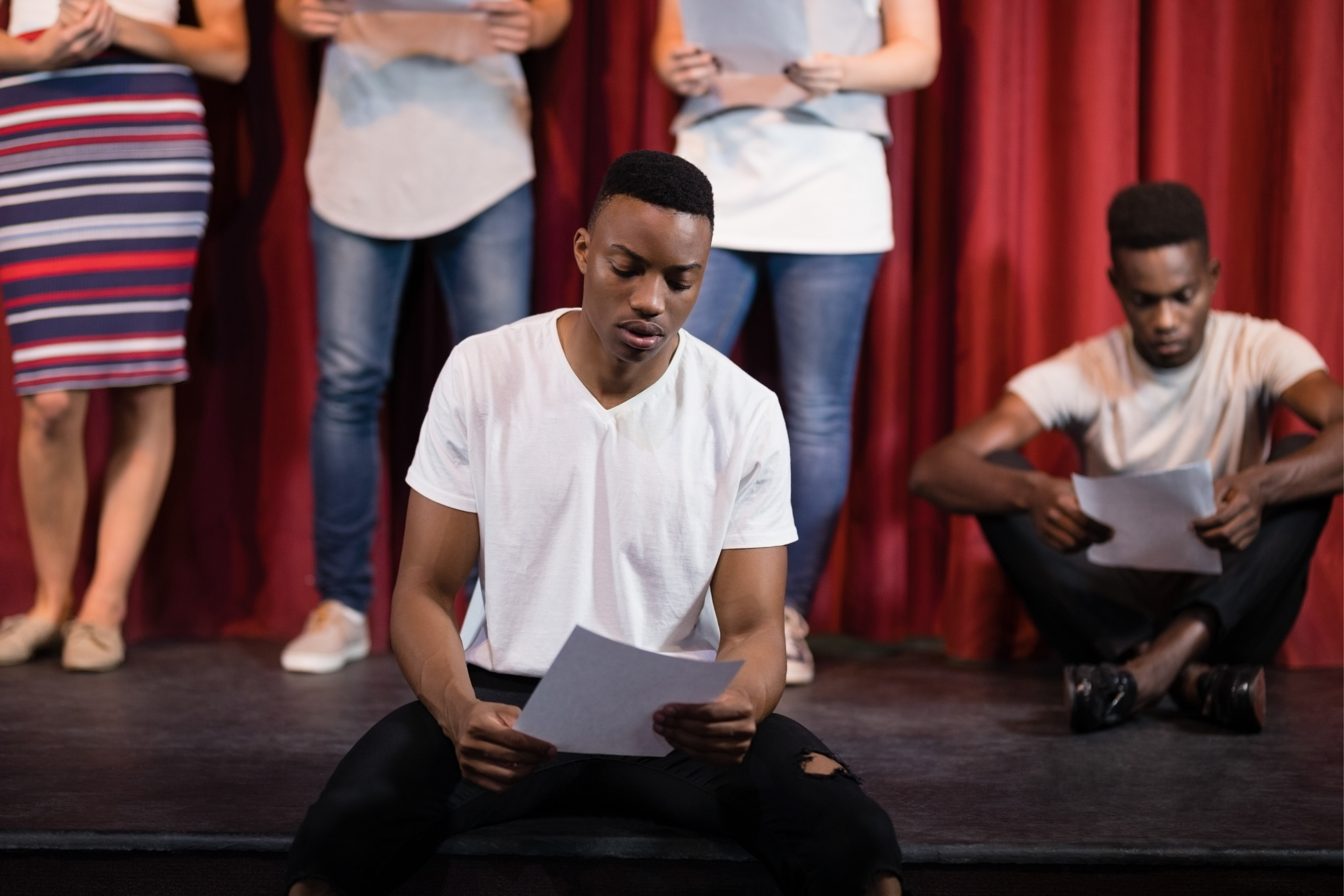